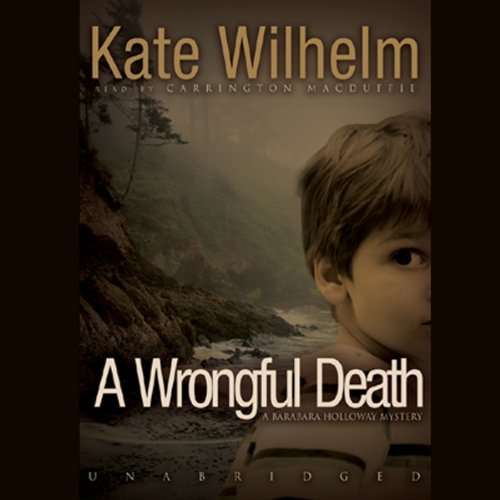 Elizabeth Kurtz has taken her small son and fled her ex-husband and his mother after finding a file of explosive material incriminating the family. Although the wealthy family employs a detective agency to find her, she manages to elude them.

Defense attorney Barbara Holloway has sought seclusion in a cabin on the Oregon coast, but her solitude is interrupted by a small boy who enlists her help with his unconscious mother. Once revived, the woman and her child disappear. Elizabeth Kurtz is again eluding searchers, and Barbara is accused of aiding and abetting a kidnapper. When Elizabeth finally contacts Barbara for help, Barbara finds the woman dead.

Barbara, while defending Elizabeth's housemate against murder charges, is accused of obstruction of justice and faces possible disbarment and prison. As she realizes the importance of the secret papers, she also realizes that her life is at risk as she takes on a killer.

"As always, genre veteran Wilhelm creates a thought-provoking, complex plot that will keep readers interested." ( Booklist)
"Her carefully crafted approach to the legal thriller continues to separate Wilhelm from the competition." ( Publishers Weekly)

Well written, but a lot of legal stuff

This book was well written and the first half was interesting to me. I personally don`t find the legal aspects of corporate wheeling and dealing relaxing or interesting, so I skipped the second half to the end (which then didn't make that much sense).