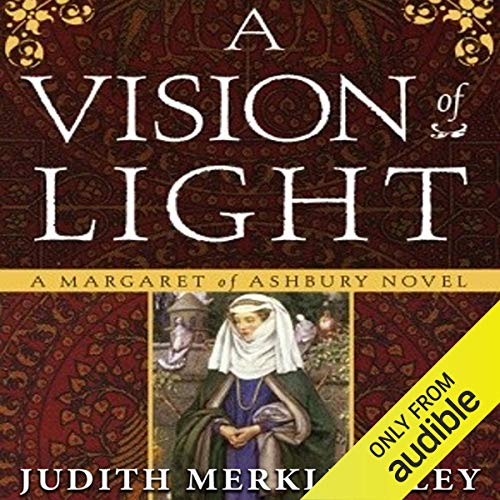 A Vision of Light

The best-selling novel that introduces Margaret of Ashbury and launches a trilogy featuring this irrepressible woman.

Margaret of Ashbury wants to write her life story. However, like most women in 14th-century England, she is illiterate. Three clerics contemptuously decline to be Margaret’s scribe, and only the threat of starvation persuades Brother Gregory, a Carthusian friar with a mysterious past, to take on the task. As she narrates her life, we discover a woman of startling resourcefulness. Married off at the age of 14 to a merchant reputed to be the Devil himself, Margaret was left for dead during the Black Plague. Incredibly, she survived, was apprenticed to an herbalist, and became a midwife. But most astonishing of all, Margaret has experienced a Mystic Union—a Vision of Light that endows her with the miraculous gift of healing. Because of this ability, Margaret has become suddenly different—to her tradition-bound parents, to the bishop’s court that tries her for heresy, and ultimately to the man who falls in love with her.