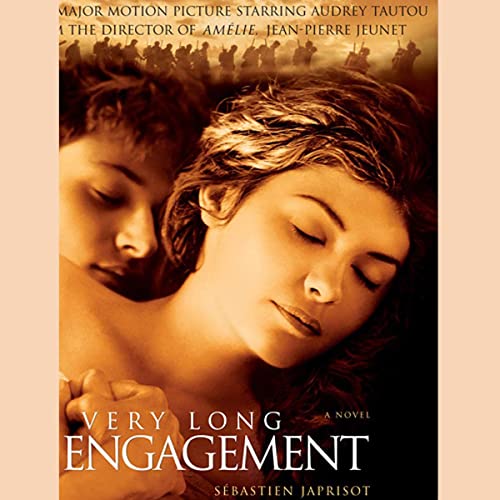 A runaway best seller in France and winner of the 1991 Prix Interallie, Sebastien Japrisot's novel about World War I was acclaimed as "a latter-day War and Peace" by The New York Times.

Set during and after the First World War, A Very Long Engagement is the tale of a young woman's search for her fiance who she believes might still be alive despite having officially been reported as "killed in the line of duty". Unable to walk since childhood, fearless Mathilde Donnay is undeterred in her quest as she scours the country for information about five wounded French soldiers who were brutally abandoned by their own troops.

A Very Long Engagement is a mystery, a love story, and an extraordinary portrait of life in France before and after the War.

"Riveting....A fierce, elliptical novel that's both a gripping psychological thriller and highly moving meditation on the emotional consequence of war." ( The New York Times)
"A classic mystery....Only the best historical fiction can make the journey into a distant time and return with a believable sense of how things really were. That Japrisot's book has done so is a mark of his great talent." ( The Washington Post Book World)
"Magical....Part romance, part mystery, part history, part exploration of the dogged pursuit of the improbable, it commands attention from first to last." ( The Boston Globe)
"Japrisot's eloquently easy, almost offhand style (nicely translated by Coverdale) makes even throwaway lines remarkable...and his re-creation of the nobility, futility, and horror of trench warfare is harshly beautiful." ( Publishers Weekly)