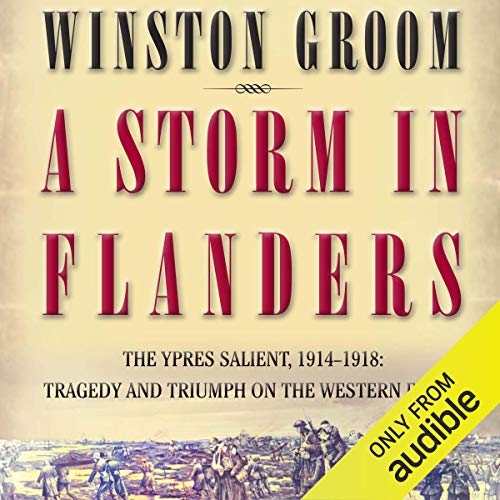 A Storm in Flanders

A Storm in Flanders

A Storm in Flanders is novelist and prizewinning historian Winston Groom's gripping history of the four-year battle for Ypres in Belgian Flanders, the pivotal engagement of World War I that would forever change the way the world fought - and thought about - war. This is Groom's account of what would become the most dreaded place on Earth.

In 1914, Germany launched an invasion of France through neutral Belgium - and brought the wrath of the world upon itself. Ypres became a place of horror, heroism, and terrifying new tactics and technologies: poison gas, tanks, mines, air strikes, and the unspeakable misery of trench warfare. Drawing on the journals of the men and women who were there, Winston Groom has penned a breathtaking drama of politics, strategy, and the human heart.

©2002 Winston Groom. The Source Notes on pages 266-267 are an extension of the copyright page. Recorded by arrangement with Grove Atlantic, Inc. (P)2014 Audible Inc.