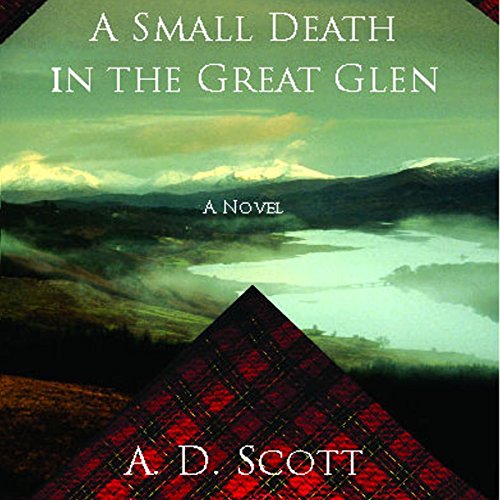 A Small Death in the Great Glen

A Small Death in the Great Glen

Both probing character study and a driving novel of suspense, here is a novel that will linger in your mind like mist over the Scottish Glens.

In the Highlands of 1950s Scotland, a boy is found dead in a canal lock. Two young girls tell such a fanciful story of his disappearance that no one believes them. The local newspaper staff - including Joanne Ross, the part-time typist embroiled in an abusive marriage, and her boss, a seasoned journalist determined to revamp the paper - set out to uncover and investigate the crime.

Suspicion falls on several townspeople, all of whom profess their innocence. Alongside these characters are the people of the town and neighboring glens; a refugee Polish sailor; an Italian family whose cafe boasts the first known cappuccino machine in the north of Scotland; and a corrupt town clerk subverting the planning laws to line his own pocket.

Together, these very different Scots harbor deep and troubling secrets underneath their polished and respectable veneers - revelations that may prevent the crime from being solved and may keep the town firmly in the clutches of its shadowy past.

"Scott brilliantly evokes the life of a small Scottish town and touches on issues that continue to perplex and horrify us. Score a big victory for A Small Death. (The Richmond Times-Dispatch)
"The characters of the crusading small-town newspaperman and the part-time typist (a battered wife at home) are skillfully drawn and will have readers rooting for them unequivocally. This is the first entry in a projected series, and it is captivating on every level." (Booklist)