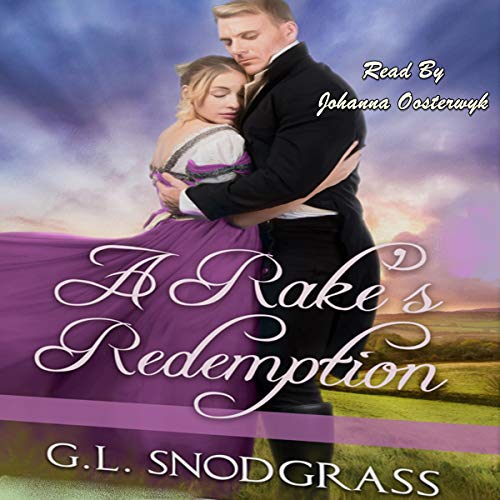 Redeeming a rake can be so satisfying.

A straight laced governess and a handsome rake. Opposites most definitely attract.

Devlin Beaumont’s liked being a rake. Whiskey, women, and fun, what more could a man want? All that ends with an unexpected title, three young wards, and a beautiful governess. If that wasn't enough, there is the minor detail that someone is trying to kill him.

Rebecca Jones has to be ever mindful of society’s expectations. As the governess to three young girls, she must set an example. A requirement that is sorely tested with the arrival of the new Duke.

Rich, powerful, and a rake, Nathanial Caldwell is every woman’s dream.

Beautiful, disdained, and impoverished, Lady Alice Weston is desperate. When offered an opportunity to guide the sister of Nathanial Caldwell through her first season, Lady Alice feels as if her prayers have been answered. All she’s ever wanted was a chance for redemption.

Of course, working so closely with a rich, handsome man can create a whole new set of problems. Can Lady Alice obtain her dream. And if so, at what price.

Olivia Caldwell always believed the man to be insufferable. Unfortunately, he was her brother’s best friend, therefore unavoidable. And while Lord Bradford might be opinionated, domineering, and a notorious rake. He was also the only man in England who was able to rescue her from kidnappers. A fact that was going to lead to her worse nightmare. A marriage of convenience to the one man who she could not control.

Lord Bradford knew the woman was demanding, opinionated, and a thorn in his side since she was a little girl. Now, beautiful, charming, and with a tongue sharper than a Sheffield blade, she was a man’s worse nightmare. A woman who could capture his heart.

But, society's rules demanded he wed this hellion. His only hope, have her surrender to him. If he failed, he would surely surrender his heart to her, and that way lay madness.

Miss Amanda Waters knew full well that a rake should not be trusted. But when a severely wounded Lord Warwick crashed through her front door, bleeding, and asking her to keep his secret. What choice did she have?

Heaven help her if anyone learned she was nursing a British Lord back to health in her upstairs bedroom. Her friends would disown her and most of the ton would think her a fool. But when she discovers Lord Warwick’s true mission, she has no choice but to help.

Lord Warwick never expected to need the help of someone like Miss Waters. But his mission was too important. England’s very survival rested in the balance.

The fact that it might cost him his heart was immaterial. Somethings cannot be denied.