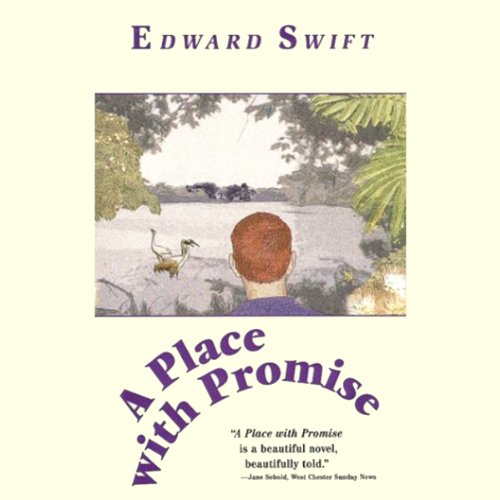 A Place With Promise

John Gregory St. John’s folksy tone and his mastery of southwestern American dialect are highlighted in his performance of Edward Swift’s A Place with Promise: A Novel.

Swift’s nostalgic novel takes place in the East Texas town of Camp Ruby at the turn of the 20th century. It stars irascible Zeda Earl as she struggles to leave then finds happiness among the many eccentrics in her hometown.

St. John’s performance is imbued with wistfulness and warmth as he voices the story’s characters with a comic touch that never edges into ridicule.

A Place with Promise is a magical, generation-spanning fable about everything we think we've lost - except, as the denizens of Camp Ruby learn, it's all still there, if we only know where to look for it.