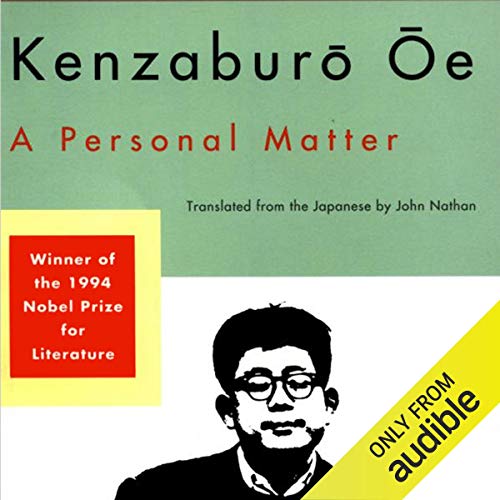 Nobel Prize winner Oe's most important novel, A Personal Matter, has been called by The New York Times "close to a perfect novel". In A Personal Matter, Oe has chosen a difficult, complex though universal subject: how does one face and react to the birth of an abnormal child? Bird, the protagonist, is a young man of 27 with antisocial tendencies who, more than once in his life, when confronted with a critical problem, has cast himself adrift on a sea of whisky like a besotted Robinson Crusoe. But he has never faced a crisis as personal or grave as the prospect of life imprisonment in the cage of his newborn infant-monster. Should he keep it? Dare he kill it?

Before he makes his final decision, Bird's entire past seems to rise up before him, revealing itself to be a nightmare of self-deceit. The relentless honesty with which Oe portrays his hero or antihero makes Bird one of the most unforgettable characters in recent fiction.

"Oe's themes of abnormality, sexuality, and marginality are outside the tradition of Japanese equipose.... His work has a gritty, grotesque quality, which makes him seem more akin to Mailer, Grass, or Roth than to many Japanese novelists." ( The New Yorker)