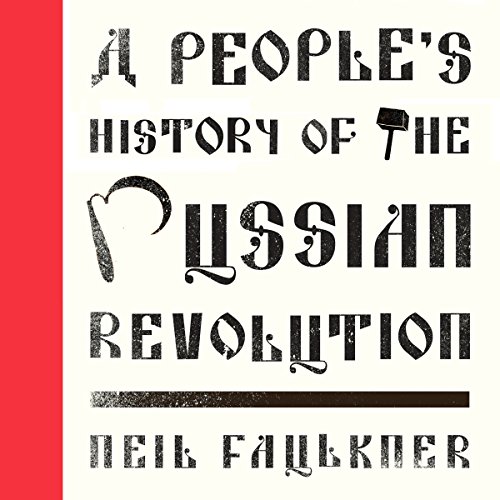 A People's History of the Russian Revolution

The Russian Revolution may be the most misunderstood and misrepresented event in modern history, its history told in a mix of legends and anecdotes. In A People's History of the Russian Revolution, Neil Faulkner sets out to debunk the myths and pry fact from fiction, putting at the heart of the story the Russian people who are the true heroes of this tumultuous tale. In this fast-paced introduction, Faulkner tells the powerful narrative of how millions of people came together in a mass movement, organized democratic assemblies, mobilized for militant action, and overturned a vast regime of landlords, profiteers, and warmongers.

Faulkner rejects caricatures of Lenin and the Bolsheviks as authoritarian conspirators or the progenitors of Stalinist dictatorship and forcefully argues that the Russian Revolution was an explosion of democracy and creativity - and that it was crushed by bloody counterrevolution and replaced with a form of bureaucratic state-capitalism.

Grounded by powerful firsthand testimony, this history marks the centenary of the revolution by restoring the democratic essence of the revolution, offering a perfect primer for the modern listener.