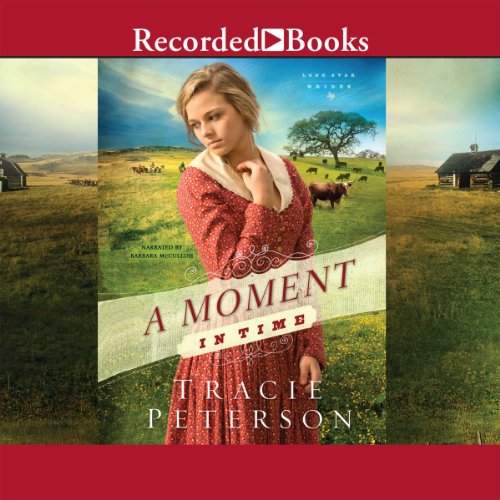 A Moment in Time

Alice Chesterfield is a woman pursued. Having survived an attack that left her scarred and her father dead, she is never free from the fear and memories of the man who is responsible. Texas seems to be an answer to Alice's prayers, and when she has the opportunity to relocate to a ranch near Dallas, a new man captures Alice's attention. Robert Barnett is unlike any man Alice has ever known: He doesn't seem to mind the scar she bears, nor does he worry about the obstacles that stand in their way - including Jessica Atherton, the woman he's supposed to marry. But there are storm clouds gathering, and Alice's peaceful sanctuary is threatened when she learns the truth about her father's dishonest dealings and the mother she thought was dead. Disillusioned, Alice must learn to place her trust in God as she seeks a measure of peace for her future...and for her heart.