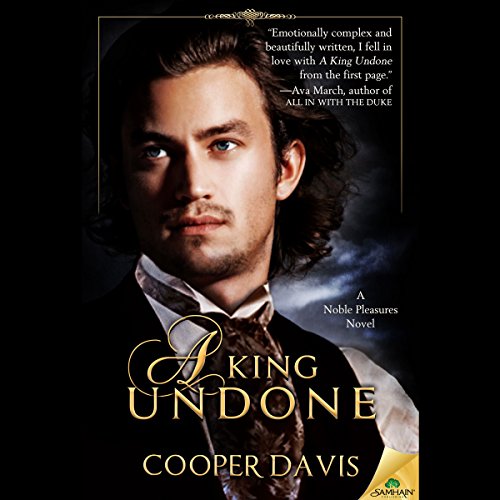 Sometimes you have to risk everything to follow your heart....

Noble Pleasures, book one: In a world where gentlemen openly court and marry fellow noblemen, the threat of scandal still lurks behind every velvet drape for kings and princes. Such has been the fate for King Arend Tollemach, forced to sacrifice his heart on the altar of regal duty.

Now that his wife is dead, and his royal obligations are at an end, he's ready to take an unthinkable risk. King Arend seeks a concubine from Temple Sapphor, a secretive, gated world where he will finally shed his virginity - as least as it pertains to making love to a man.

Julian never thought he'd spend 10 years on the temple shelf, passed over again and again. Just when he despairs of ever finding placement in a nobleman's bed, Arend walks into the temple. A lonely eyed, beautiful king who could easily steal his heart.

Arend discovers he has no problem opening his bed to the exquisite concubine. The problem lies in finding the key to his long-shuttered heart.

Warning: contains a beautiful, virgin king desperate to bed another man, a concubine who fantasizes about being claimed and revered by a strong monarch, and a sea of scandal set against a sensual, palatial backdrop.