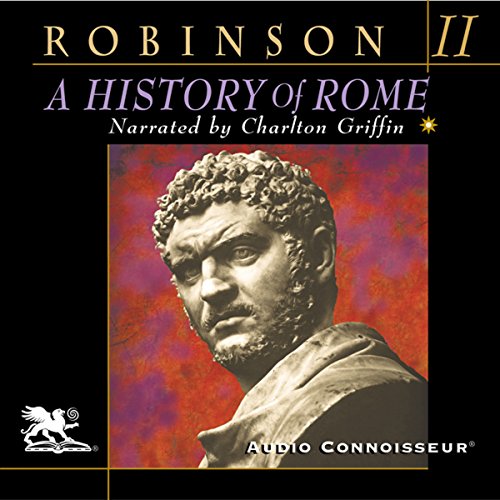 A History of Rome, Volume 2

With Caesar's assassination comes renewed civil war. The aristocratic senatorial faction is defeated and the Republican form of government is replaced by dictatorship. Caesar's adopted nephew, Augustus, comes to power as the first Roman Emperor and puts into place the most extraordinary experiment in imperial government ever attempted. In the process, he paves the way for a long period of peace, a golden age, the likes of which has never before been seen. The Empire is ruled by one dynasty after another - some good, some bad - until it reaches its apogee during the age of the brilliant Antonine emperors. But chaos follows with a series of corrupt rulers, and only the strong leadership of Diocletion 85 years later brings stability. Shortly afterward, Constantine's rule promotes the new faith of Christianity and makes it the official religion of the empire. But the downward spiral of decay cannot be reversed. Economic disruptions, plague and barbarian invasions prove too much for Rome, and the western half of the empire descends into a maelstrom of ignorance, dispair and random violence from which it will not emerge for many centuries.