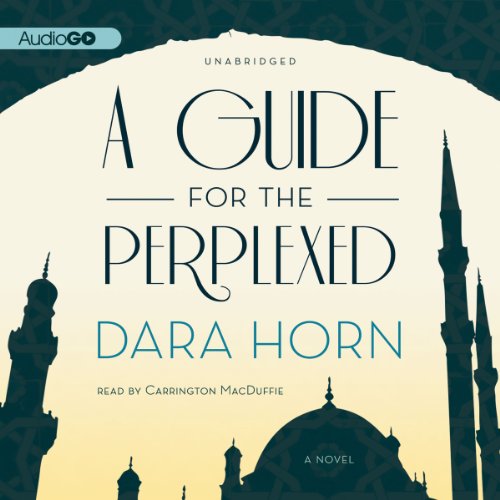 A Guide for the Perplexed

A Guide for the Perplexed

A thrilling new novel exploring how memory shapes the soul, by "an astonishing storyteller."

Software prodigy Josie Ashkenazi has invented a program that records everything its users do. When an Egyptian library invites her to visit as a consultant, her jealous sister Judith persuades her to go. But in Egypt's post-revolutionary chaos, Josie is kidnapped - leaving Judith free to usurp her sister's life, including her husband and daughter, while Josie's talent for preserving memories becomes her only hope of escape.

A century earlier, Solomon Schechter, a Cambridge professor, hunts for a medieval archive hidden in a Cairo synagogue. What he finds will reveal the power and danger of the world Josie's work brings into being - a world where nothing is ever forgotten.

Interweaving stories from Genesis, medieval philosophy, and the digital frontier, A Guide for the Perplexed is a spellbinding tale sure to bring a vast new listener to the acclaimed work of Dara Horn.