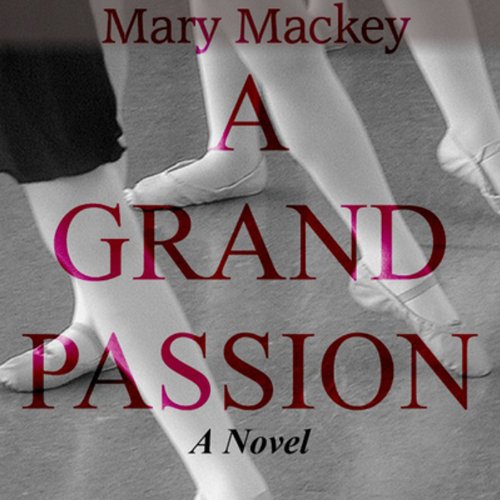 A historical romance, begun in Tsarist Russia, intertwines the lives, loves, and children of aspiring ballerina Natasha Ladanova and the man she loves and hates, the obsessed, ambitious choreographer Sergei Maximov. Actress and opera singer Christine Williams gives voice to the emotions, history, and love of the ballet that meld together poet and best-selling author Mary Mackey’s novel. From St. Petersburg before the Revolution to Hollywood in the ‘50s to Manhattan in the '70s, three generations of great ballerinas are carried along, as are their audience, by the twists and turns of love and betrayal.

From the Maryinksy Theatre in pre-Revolutionary Russia to the Lincoln Center in New York during the 70s, this is a generational story of three great ballerinas. Natasha Ladanova, a ballerina who has excelled in the Imperial Ballet with the help of the Grand Duke Alexis, a great admirer of Natasha’s. Nevertheless, even his great wealth cannot convince her to be with him, and she falls passionately in love with Sergei Maximov, who fathers her daughter, Tatiana Trey - and then breaks Natasha’s heart.

Tatiana, equipped with her mother’s talent, moves to Hollywood in the 50s and struggles to dance in the heyday of silver screen ballerinas while fighting with polio. She passes her talent for the stage to her daughter, Alysa.

Alysa Rochina, dances a major role in one of Maximov’s production. Will her performance finally bring her family to terms with their heritage of love and betrayal?