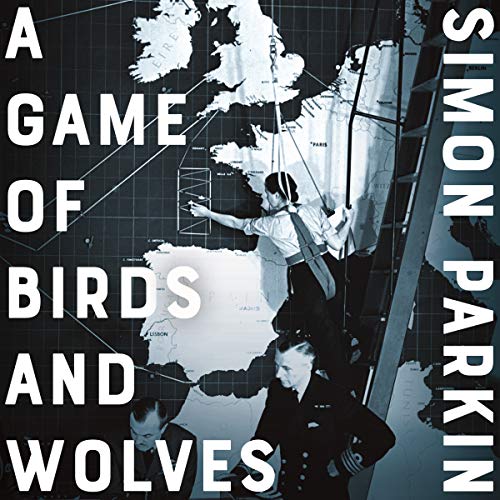 A Game of Birds and Wolves

"Find out what is happening in the Atlantic, find ways of getting the convoys through, and sink the U-boats!" (Prime Minister Winston Churchill)

1942. Liverpool. The war isn't going to plan. Distinguished admiral Sir Max Horton is in the game room on his knees commanding a fleet of toy German U-boats. Behind a curtain his unknown opponent is manoeuvring the toy British battleships. Five times the pair have played the game and five times Horton's U-boats have suffered defeat. Exasperated, he demands to know his enemy. And from behind the curtain steps a fresh-faced 17-year-old woman.

This is the story of the game of battleships that won the Second World War. It tells the story of the unlikely heroes of the Western Approaches Tactical Unit - a retired naval captain and eight young women - whose eureka moment cracked the battle of the Atlantic. It features cameos from a war-ravaged Churchill and an exceptional Nazi mastermind submariner and takes us from the sweaty fug of German U-boat U48 as it torpedoes a British evacuee ship to the tense atmosphere of the wartime strategy room.

The story of Operation Raspberry and its unsung heroines has never been told before. Investigative journalist Simon Parkin brings these hidden figures into the light in this gripping tale of war at sea.