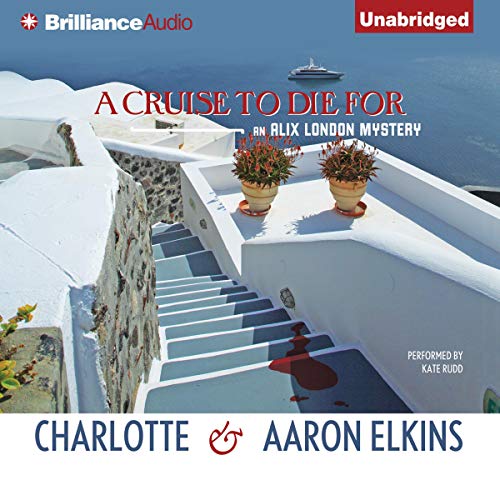 A Cruise to Die For

This should be the cushiest job Alix London's ever had.

Surrounded by art and wealth and the sun-drenched Greek isles, she's aboard a sumptuous mega-yacht with no responsibilities save the occasional lecture to the guests of her temporary employer, Panos Papadakis, one of the world's richest men. But there's a catch: Papadakis has long been suspected of being at the center of a multi-million dollar Ponzi scheme and Alix is actually there as an undercover operative of FBI special agent Ted Ellesworth, a member of the Bureau's Art Crime Team. They hope Alix can gather the inside information they need to finally put the cagey Papadakis away.

Alix's exposure to the enormous wealth of high-end collectors and the shadier aspects of the art trade - the avarice, naked greed, and ingenious scams - somehow brings her closer to her charming, "reformed" rogue of a father, and helps crystalize in her own mind just where she fits into the mix.

Moguls, murders, a forged Manet, and the Albanian mafia all play a role and send this pleasure cruise into brutally dangerous waters.

Set on the Aegean - Homer's fabled "wine-dark sea" - with stops at enchanted islands where ancient legends still live, A Cruise to Die For delivers a witty blend of suspense and mystery, as well as an insider's take on the contemporary art world and its eccentric characters. It's all served up with the style and sophistication with which Charlotte and Aaron Elkins have rewarded mystery listeners for the past 30 years.

Das sagen andere Hörer zu A Cruise to Die For