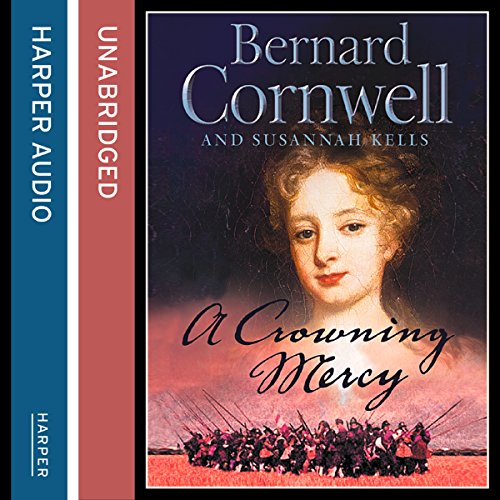 A highly entertaining, wonderfully colourful story, now revealed to be written by one of our favourite historical novelists.

In mid 17th-century England, the nation was in upheaval. In the Dorset countryside, one sunlit afternoon, a young girl, illicitly bathing in a stream, first fell in love with a passing stranger. Her parents called her Dorcas, but he called her Campion and that's what she longed to be, then and forever.

She had one gift left for her by her unknown father - a pendant made of gold, banded by tiny glowing stones and at its base was a seal engraved with an axe and the words: St Matthew. So when she flees before the unbearable, worthy suitor who is forced upon her after her forbidden meeting, she takes this and the delicate lace gloves with her, and hopes to find her father, and her lover.

There are four of these intricately wrought seals - each owned by a stranger, each holding a secret within. And when all four seals are united, then the holder will have access to great wealth and power. That is Campion's inheritance.

But to claim this and find again her summer love, she must follow the course her father's legacy charts for her. It is a road full of both peril and enchantment.

A Crowning Mercy was first published in 1983 under the name Susannah Kells. It has been out of print for 10 years. HarperCollins are delighted to be able to re-publish it.

"The best battle scenes of any writer I've ever read, past or present. Cornwell really makes history come alive" (George R.R. Martin)
"Cornwell draws a fascinating picture of England as it might have been before anything like England existed" ( The Times)
"He's called a master storyteller. Really he's cleverer than that" ( Telegraph)