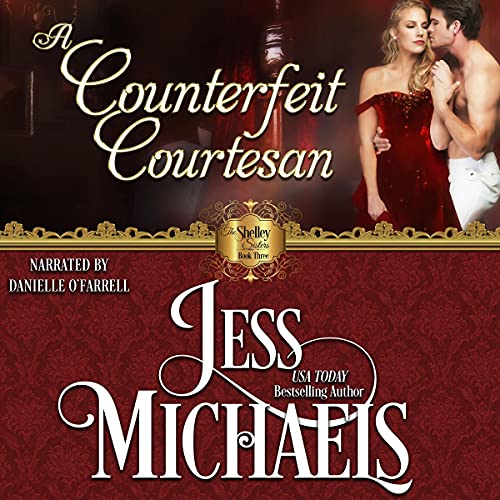 The last of the Shelley triplets to remain unmarried, Juliana Shelley has never felt like she’s recognized as her own person. But now, scarred by a terrible attack, she’s never felt so alone. Or so tired of cleaning up every else’s mess. She longs for something just for herself. A taste of the desire that seems to make her sisters so very happy in their marriages. One desperate night, she goes to the wicked Donville Masquerade looking for trouble and finds a handsome, masked stranger more than willing to provide it.

Ellis Maitland’s dangerous desperation caused the injuries Juliana suffered, and he has felt guilty about it since. And drawn to her unlike anyone else he’s ever met. When he realizes she’s masquerading as a courtesan his best impulses, rusty as they are, cause him to try to stop her from making a mistake.

Only Juliana isn’t as easily deterred as Ellis believes she will be. And the desire that sparks between them soon cannot be denied. Although they begin a passionate affair, Ellis knows it cannot last. After all, he has a plan to take care of the villain behind all the trouble plaguing his family and it’s one he knows he won’t survive. Will Juliana’s help and faith save him? Or will it be too little, too late.

The book is part of the Shelley Sisters series, but can be istened to as a stand-alone novel.