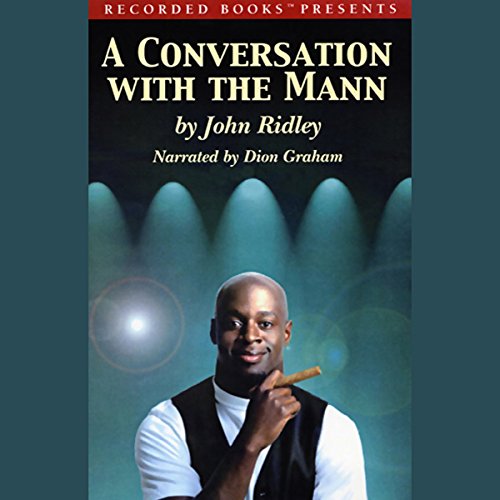 A Conversation with the Mann

Best-selling novelist and scriptwriter John Ridley is the author of acclaimed, innovative works, including Love Is a Racket and Everybody Smokes in Hell. In A Conversation with the Mann, Ridley pens the remarkable fictional story of the life of black comedian extraordinaire Jackie Mann.

Jackie is a poor boy from Harlem and the victim of abuse from his widowed, alcoholic father. But everything changes on the day he discovers the power of comedy. When his classmates make fun of his tattered clothes, Jackie turns everything around by freely poking fun at himself and soon has everyone on the floor with laughter. His amazing talent, and raging ambition, take him through the local club circuit to become the most sought after comedic entertainer in opulent, '50s Las Vegas and beyond.

Unusual and compelling, this is a rags-to-riches tale of a black man searching for respect in a golden age of American entertainment. Masterfully performed by narrator Dion Graham, A Conversation with the Mann is a dazzling listen.

"Affecting and provocative." (Publishers Weekly)
"This fascinating book serves as a history of standup comedy, a refresher on the struggle for civil rights, and a primer on duty to self and society. It's also a cracking good read." (Booklist)
"Smart and edgy and moving." (The New York Times Book Review)

Das sagen andere Hörer zu A Conversation with the Mann