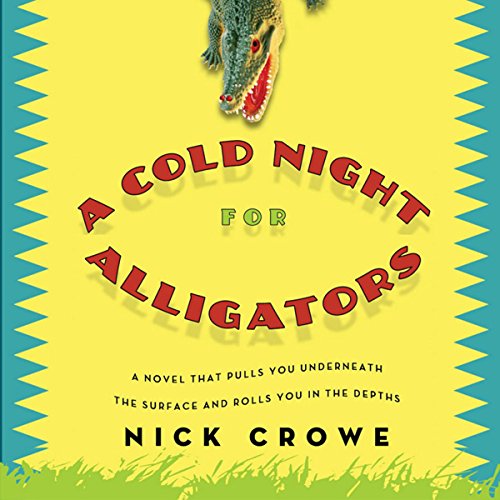 A Cold Night for Alligators

A Cold Night for Alligators

A thrilling Knopf New Face of Fiction debut, A Cold Night for Alligators takes the listener on a breathtaking ride through the seedy, sensual Florida Everglades, unravelling a mystery at the heart of which lies a devastating family secret.

Twenty-six-year-old Jasper hasn't seen or heard from his older brother, Coleman, in over 10 years. Not since Coleman walked through the back gate one morning, leaving behind a distraught family concerned by his increasingly outlandish behaviour. Now Jasper's life has come to an impasse - he has settled into a rather stultifying existence as a corporate drone, living with a girlfriend he doesn't quite know how to break up with. Until a freak accident and strange phone call change everything.

With little more to go on than a random phone call, Jasper follows his brother's trail southward into the Florida Everglades where a family mystery from his childhood may hold the key to Coleman's disappearance. Accompanied by brawny, devout Donny and the extremely eccentric Duane, Jasper embarks on a series of misadventures involving a gorgeous swamp moll, an estranged aunt, and alligator poachers as he gets deeper into his search for his brother. All roads seem to lead to Uncle Rolly Lee, a rock-and-rolling swamp rat whose rather rough exterior belies an even rougher interior. Can Jasper uncover the secrets of the past and find his brother before he gets mired in the swamp and the machinations of Rolly Lee?

Populated with unforgettable characters and a suspense-filled story at its heart, A Cold Night for Alligators is a first novel about loss, hope and the ties that bind family together.

"An excellent debut... The action of A Cold Night for Alligators ticks along nicely, the dialogue and characters are interesting, funny and believable, and the story is suspenseful. Nick Crowe is to be commended - this new writer has come out with an old-fashioned page-turner.” (Edmonton Journal)