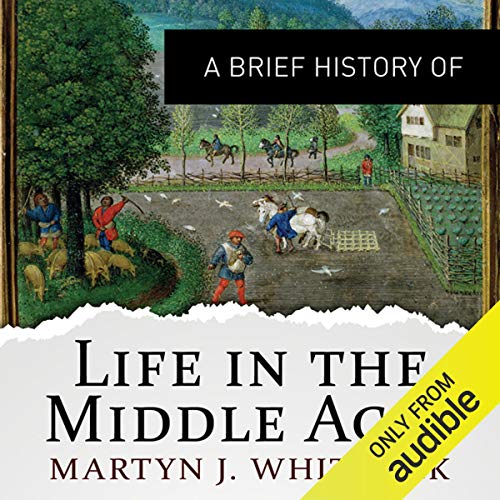 A Brief History of Life in the Middle Ages

A fascinating new portrait of Medieval Britain that brings together the everyday and the extraordinary. Using wide-ranging evidence, Martyn Whittock shines a light on Britain in the Middle Ages, bringing it vividly to life. Thus we glimpse 11th century rural society through a conversation between a ploughman and his master. The life of Dick Whittington illuminates the rise of the urban elite. The stories of Roger 'The Raker' who drowned in his own sewage, a 'merman' imprisoned in Orford Castle, and the sufferings of the Jews of Bristol reveal the extraordinary diversity of medieval society.

Through these characters and events - and using the latest discoveries and research - the dynamic and engaging panorama of medieval England is revealed. Martyn Whittock is Head of Humanities and History at Kingdown School, Warminster. He is a lecturer in local history and has written numerous textbooks for the educational market. He has been a consultant for the BBC, English Heritage, and the National Trust and has written for Medieval History magazine and archaeological journals.