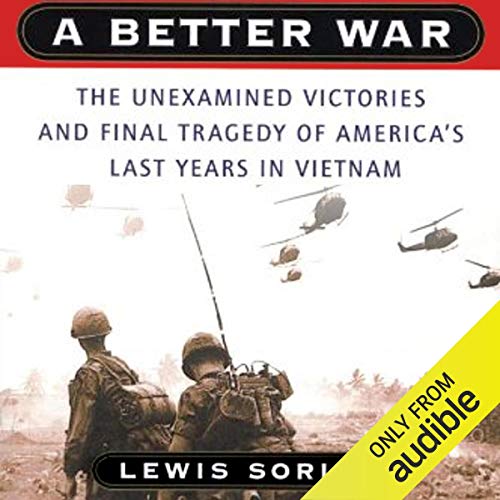 Neglected by scholars and journalists alike, the years of conflict in Vietnam from 1968 to 1975 offer surprises not only about how the war was fought, but about what was achieved. Drawing on authoritative materials not previously available, including thousands of hours of tape-recorded allied councils of war, award-winning military historian Lewis Sorley has given us what has long been needed - an insightful, factual, and superbly documented history of these important years. Among his findings is that the war was being won on the ground even as it was being lost at the peace table and in the U.S. Congress. The story is a great human drama of purposeful and principled service in the face of an agonizing succession of lost opportunities, told with uncommon understanding and compassion. Sorley documents the dramatic differences in conception, conduct, and - at least for a time - results between the early and the later war. Meticulously researched and movingly told, A Better War is sure to stimulate controversy as it sheds brilliant new light on the war in Vietnam.