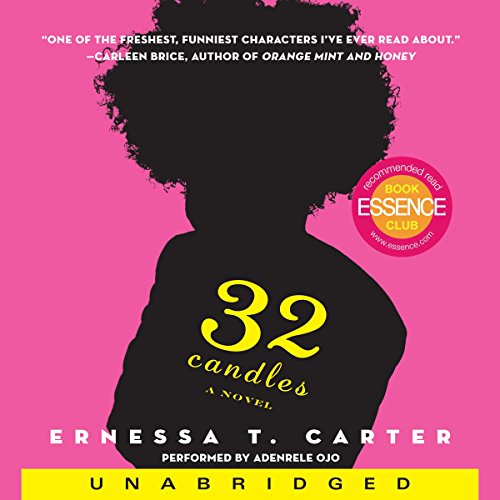 32 Candles is the slightly twisted, utterly romantic, and deftly wry story of Davie Jones, who, if she doesn’t stand in her own way, just might get the man of her dreams.

Davie—an ugly duckling growing up in small-town Mississippi—is positive her life couldn’t be any worse. She has the meanest mother in the South, possibly the world, and on top of that, she’s pretty sure she’s ugly. Just when she’s resigned herself to her fate, she sees a movie that will change her life—Sixteen Candles. But in her case, life doesn’t imitate art. Tormented endlessly in school with the nickname "Monkey Night," and hopelessly in unrequited love with a handsome football player, James Farrell, Davie finds that it is bittersweet to dream of Molly Ringwald endings. When a cruel school prank goes too far, Davie leaves the life she knows and reinvents herself in the glittery world of Hollywood—as a beautiful and successful lounge singer in a swanky nightclub.

Davie is finally a million miles from where she started—until she bumps into her former obsession, James Farrell. To Davie’s astonishment, James doesn’t recognize her, and she can’t bring herself to end the fantasy. She lets him fall as deeply in love with her as she once was with him. But is life ever that simple? Just as they’re about to ride off into the sunset, the past comes back with a vengeance, threatening to crush Davie’s dreams—and break her heart again.

With wholly original characters and a cinematic storyline, 32 Candles introduces Ernessa T. Carter, a new voice in fiction with smarts, attitude, and sassiness to spare.