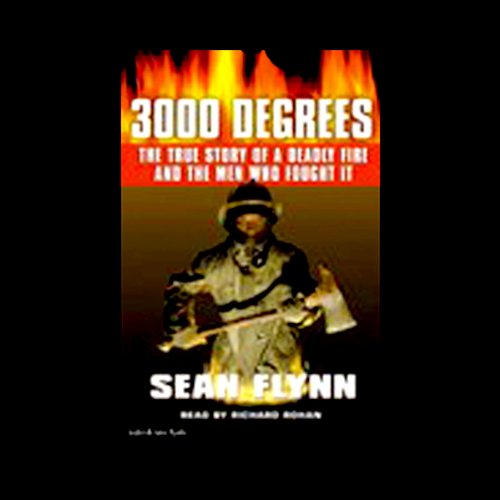 Riveting reportage of the good, bad, and ugly of a fireman's life offers insight into how fire can cause fear in one person and excitement in another. Other issues include the importance of leadership and the necessity of quick decision-making during evolving crises. I was truly impressed to learn how firemen put their lives on the line when they only suspect that there may be someone in a burning building. The narrator sports a Boston accent, providing another layer of authenticity to this exceptional listen. (Andy, Chief Financial Officer)

On December 3, 1999, the call crackled in to the men of the Worchester, Massachusetts Fire Department: a three-alarm warehouse blaze in a six-story windowless colossus of brick and mortar.

Firefighters love the excitement of a "triple." But this was a different beast. Rollovers, flashovers, backdrafts, this one had it all. Once inside, they found themselves trapped in a snarling furnace of blazing orange heat as hot as a crematorium, with smoke so black and predatory they had to feel for their partners next to them. Swallowed deep in the building, with no way out, they struggled to survive an ill-fated ordeal that would push them to the very limits of loyalty and courage.

What happened next - and how their lives and community were changed forever - offers an unprecedented look at these heroic men whose job it is to rush into burning buildings when everyone else just wants out.

"[Among] books appearing this year about fires and firefighting...the best of the lot is Sean Flynn's 3000 Degrees." ( Newsweek)
"Gripping prose...With confident, deft description, Flynn brings to life this 3000-degree catastrophe with a crackling intensity." ( Publishers Weekly)
"A miracle of reporting...This story has the emotional power of the best narrative art." ( American Society of Magazine Editors)