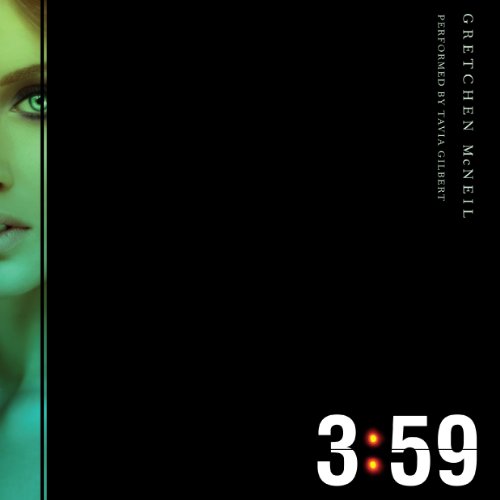 Josie Byrne's life is spiraling out of control. Her parents are divorcing, her boyfriend, Nick, has grown distant, and her physics teacher has it in for her. When she's betrayed by the two people she trusts most, Josie thinks things can't get worse. Until she starts having dreams about a girl named Jo. Every night at the same time - 3:59 a.m.

Jo's life is everything Josie wants: She's popular, her parents are happily married, and Nick adores her. It all seems real, but they're just dreams, right? Josie thinks so, until she wakes one night to a shadowy image of herself in the bedroom mirror - Jo.

Josie and Jo are doppelgängers living in parallel universes that briefly overlap every 12 hours at exactly 3:59. Fascinated by Jo's fabulous life, Josie jumps at the chance to cross through the portal and switch places for a day. But Jo's world is far from perfect. Not only is Nick not Jo's boyfriend, he hates her. Jo's mom is missing, possibly insane. And at night, shadowy creatures feed on human flesh.

Josie is desperate to return to her own life. But there's a problem: Jo has sealed the portal, trapping Josie in this dangerous world. Can she figure out a way home before it's too late?

From master of suspense Gretchen McNeil comes a riveting and deliciously eerie story about the lives we wish we had - and how they just might kill you.