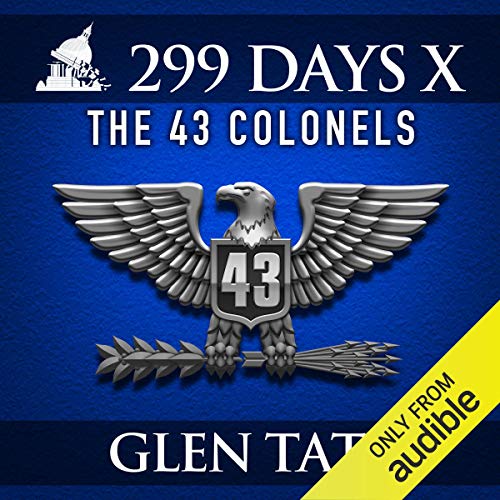 In this final book of the 299 Days series, The 43 Colonels celebrates the many "ordinary" men and women who did extraordinary things during and after the Collapse. Set in the chambers of the New Washington Legislature during a joint session of the House and Senate, Governor Ben Trenton honors Colonel Grant Matson and 42 other individuals who helped start the Restoration. From a personal trainer who became a spy disguised as a water boy, to a homeschooling mom who protected children's minds from Loyalist propaganda, to a young computer hacker who used his skills to get classified information to Oath Keepers, and a Special Forces operative who conducted some amazing missions, the stories of these modern-day Patriots, both heart-wrenching and inspirational, demonstrate how anyone can help in a revolution.