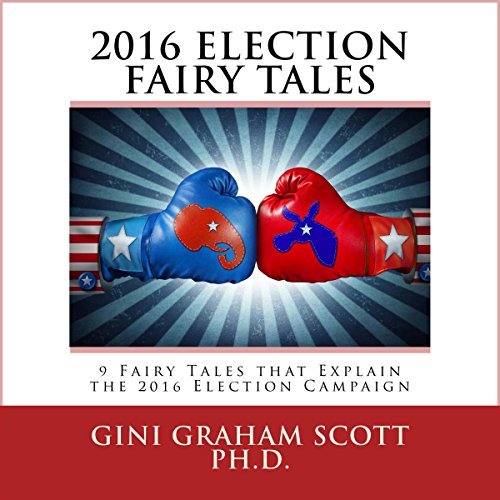 2016 Election Fairy Tales was inspired by watching this crazy election unfold, as the conflict turned into a circus and prize fight. Instead of the usual debate about issues and opinions, the campaign became an arena of high drama, especially for Republicans, as Donald Trump, once considered just a reality show entertainer, captured the anti-establishment vote and became the front runner. Along the way, he insulted large swaths of people from woman and Mexicans to Muslims, the media, and other candidates, and he combined misstatements and lies with vulgar language and jokes. But the more outrageous his remarks, the more he got more supporters, and soon the other candidates responded in kind.

Meanwhile, Hillary Clinton battled it out with Bernie Sanders, and they escalated their attacks on each other. This growing conflict led me to think of the way traditional fairy tales can help to explain what's going on and suggest possible outcomes, since these tales recount in a simple way the battle between good and evil from the perspective of the less powerful who are up against the more powerful. Then, they commonly manage to outwit the villains and win, though the outcome of this election is still unknown. It's in that spirit that I wrote these fairy tales describing what's going on in the election today. The nine fairy tales include: