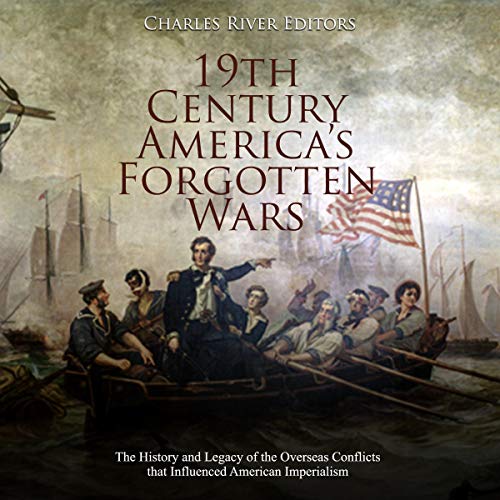 The history of the United States is, to a large extent, a history of armed conflict. The nation was first forged in war, a tough fight for independence against one of the world’s largest empires, and that fight would resume less than a generation later with the War of 1812.

Then, there were constant low-level conflicts with Native Americans as the nation expanded westwards, and occasionally the country engaged in full-scale war against the Sioux, Comanche, and Apache. The country also fought the Mexican-American War, starting in 1846, and the bloody Civil War starting in 1861. These conflicts helped the United States establish its modern boundaries and what kind of nation it would be.

In the 20th century, the United States came into its own as a global power through even more armed conflicts, including World War I, World War II, the Korean War, the Vietnam War, and campaigns against several Middle Eastern nations. While not all of these wars were won, they did establish the nation as a superpower, a status America retains today.

However, there have been many other conflicts, some small, some considerable, that helped shape the country and its foreign policy, even as they have been overlooked. While every student knows of the Vietnam War, few are familiar with the Sumatran Expeditions. While America’s involvement in the Middle East is constantly in today’s headlines, the battles against the Barbary pirates are widely forgotten.

In fact, there were conflicts in the 1780s and 1790s that tested the territorial integrity of the country at home. Shays’ Rebellion consisted of men who had, just years earlier, participated in the American Revolution and were not afraid to break down a government they did not like. Indeed, many of them reveled in it.

The Revolutionary War won America her independence, but the nation still had states and local populations with varying interests. When Massachusetts enacted laws that Daniel Shays and others didn’t like, the rebels had no qualms about taking up arms, and while the rebellion was eventually put down, changes were made to prevent similar problems in the future.

By the second half of the 19th century, still less than a century old, the United States had become a regional power. It had soundly defeated its southern neighbor Mexico and greatly enlarged itself in the process.

America’s navy and merchant marines were becoming common sights on the high seas, and the country was at the beginning of the end of its drawn-out conquest of the Native Americans. However, it was a country divided deeply along political and economic lines, a tottering edifice many predicted would split apart. Even before the final tremors from the Mexican-American War had stopped disrupting the southern border, the United States found itself in a bloody civil war.

For a time, all foreign adventure ceased, but within three decades, the US military personnel found themselves in accidental conflict with an isolationist Asian nation, getting drawn into a tribal fight over kingship on a remote set of islands, and inheriting a former empire’s long-running foreign insurgency - an insurgency that eerily foreshadowed America’s most divisive war of the 20th century. These were wars that, while less remembered than the conflicts with Mexico and Spain, nevertheless helped shape foreign policy and prepared the nation to face greater global responsibilities and challenges in the 20th century.

19th Century America’s Forgotten Wars: The History and Legacy of the Overseas Conflicts That Influenced American Imperialism looks at some of the fighting the nation did during the second half of the 19th century as it sought to build an overseas empire.