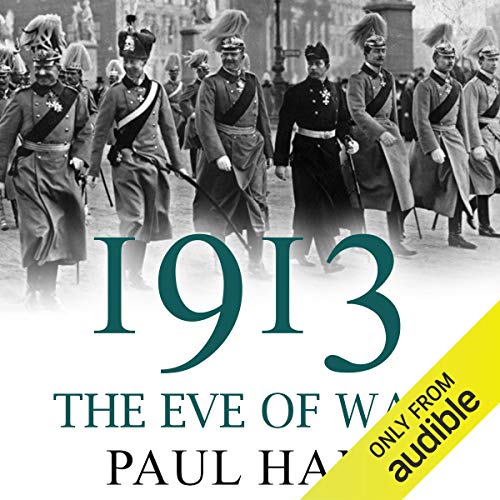 Christmas 1913: In Britain, people are debating a new dance called ‘the tango’. In Germany, they are fascinated by the wedding of the Kaiser’s daughter to the Duke of Brunswick. Little did they know that their world was on ‘The Eve of War’, a catastrophe that was to engulf the continent, cost millions of lives, and change the course of the century. And yet behind the scenes, the Great Powers were marching towards what they thought was an inevitable conflict.

In this controversial and concise essay, the military historian Paul Ham argues that the First World War was not an historical mistake, a conflict into which the Great Powers stumbled by accident. Nor was it a justified war, in which uncontained German aggression had to be defeated. Instead the politicians and generals of the day willed the war, and prepared for it - but eventually found themselves caught up in an inferno they could no longer control.

Paul Ham is the author of the forthcoming 1914: The Year the World Ended, to be published by Random House in Britain in 2014. He has previously written the acclaimed Sandakanz, Kokoda, Vietnam: The Australian War and Hiroshima Nagasaki. A former Australia Correspondent of the Sunday Times, he was born in Sydney and educated in Australia and Britain. He now lives in Sydney and Paris.

"[A] vivid, comprehensive and quietly furious account...Paul Ham brings new tools to the job, unearthing fresh evidence of a deeply disturbing sort. He has a magpie eye for the telling detail" (Ben Macintyre, The Times)
"Provocative and challenging… A voice that is both vigorous and passionate" (Christopher Sylvester, Daily Express)
"Controversial...Well documented and stringently argued" (Peter Lewis, Daily Mail)"