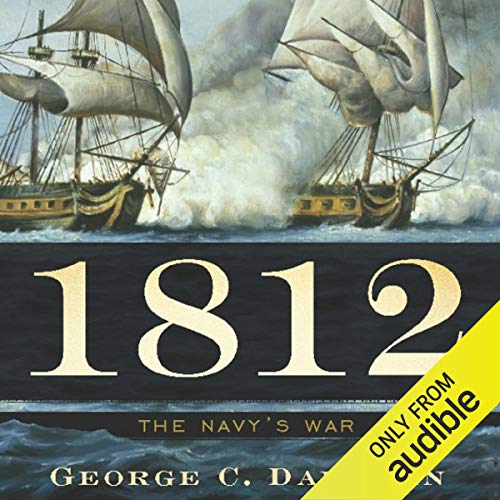 At the outbreak of the War of 1812, America's prospects looked dismal. It was clear that the primary battlefield would be the open ocean, but America's war fleet, only 20 ships strong, faced a practiced British navy of more than a thousand men-of-war. Still, through a combination of nautical deftness and sheer bravado, the American navy managed to take the fight to the British and turn the tide of the war: on the Great Lakes, in the Atlantic, and even in the eastern Pacific.

In 1812: The Navy's War, prize-winning historian George C. Daughan tells the thrilling story of how a handful of heroic captains and their stalwart crews overcame spectacular odds to lead the country to victory against the world's greatest imperial power. A stunning contribution to military and national history, 1812: The Navy's War is the first complete account in more than a century of how the U.S. Navy rescued the fledgling nation and secured America's future.

"The War of 1812 was America's first great naval war, and George Daughan tells the story, from the coast of Brazil to the Great Lakes, from election campaigns to grand strategy to ship-to-ship combat. Sweeping, exciting and detailed." (Richard Brookhiser)
"A solidly researched, well-crafted account of U.S. sea power in the War of 1812… Daughan’s achievement is contextualizing the effect of [the U.S. Navy’s] victories…. What kept the peace, Daughan argues provocatively, was America’s post-war commitment to 'a strong navy, an adequate professional army, and the financial reforms necessary to support them' - in other words, an effective deterrent." ( Publishers Weekly)
"Vietor’s timing and pacing are perfectly aligned with the narrative style of the text." ( Audiofile)