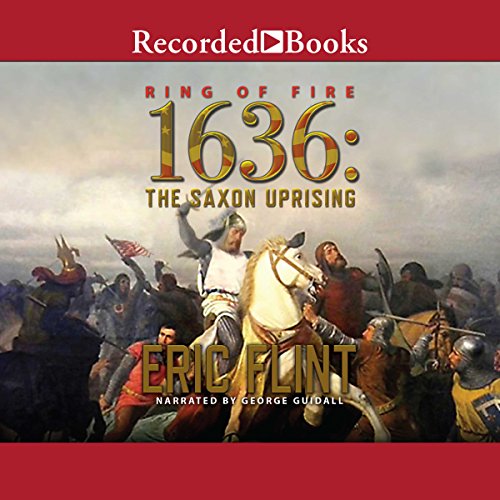 After carving a place for itself among the struggling powers of 17th-century Western Europe, the "out-of-time" modern town of Grantville, West Virginia, must fight for its life against Dark Age domination.

A cosmic accident sets the modern town of Grantville, West Virginia, down in war-torn 17th century Europe, and a new nation is forged. Now, when United States of Europe ally King Gustavas of Sweden invades Poland, the US of E is dragged into a full-scale European war against ruthless opponents. Meanwhile Mike Stearns, wily and courageous leader of the up-time West Virginians, has been turned out of office in an election. But, like Churchill before (and after) him, Stearns is not done yet. He's determined to stoke the fires of democratic rebellion in Saxony near the main front and thus keep the young nation he founded, and once led, out of the hands of medieval tyrants - tyrants who would like nothing better than to wipe those troublesome upstarts from the future off the time line and go back to the bad old days of oppression and serfdom.

Another good installation in the 1632 series

I have read the 1632 series almost since the first novel came out and loved most of them. This one continues the developments of the USE after the disasterous war in Poland has grinded to a stop and describes the counter-revolution started by Oxensternia, with lots of Gretchen and some Mike Stearns in the bargain.