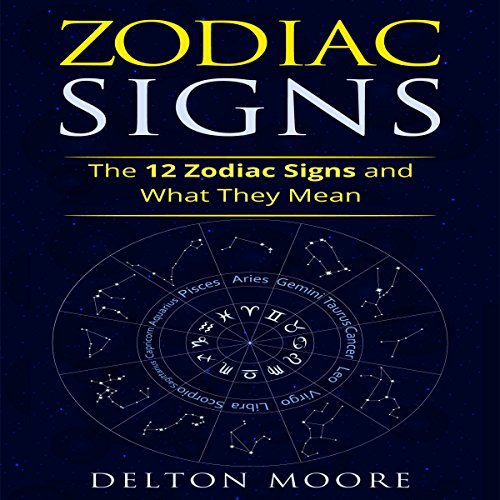 Inside this book, you will learn about the basics and fundamentals of reading a birth chart. There are many astrological terms and explanations of those terms narrated in a simple format.

Astrology in general can become complex and difficult, but it is the aim of this book to give the listener a good foundation whereby they can begin a journey into the study of the Zodiac, the planets, the houses, and the aspects of astrology. This book will give you better insight into the personalities of each sign and what makes them, their friends, and members of their family act the way they do.

There will be skeptics, but remember that it is not possible for species, including human beings living upon a spinning planet, which was tossed out into the universe to not be affected by the movements of astrological objects. As said in the book, if the moon affects the tides in the ocean and rivers, and more babies are born statistically during a full moon, then is it not conceivable that the moon and sun, along with the other planets in our solar system would somehow have an effect upon all of us?

There have been many cultures in our past and even in these contemporary times that attach importance to astronomical events. The Indians, Chinese, and Mayans developed magnificent and elaborate systems for forecasting heavenly events from their observation of the stars. In the West, a system of horoscopes, or natal charts that explain the different aspects of the character or specific traits of a person, is what comprises astrology, and sometimes, these systems or charts calculate life events that have not come to pass on the basis of the positions of the moon and the sun, as well as the planets at the exact time of birth. The vast majority of astrologers in this country rely on such a system. Even political leaders have been known to use astrologers as consultants.