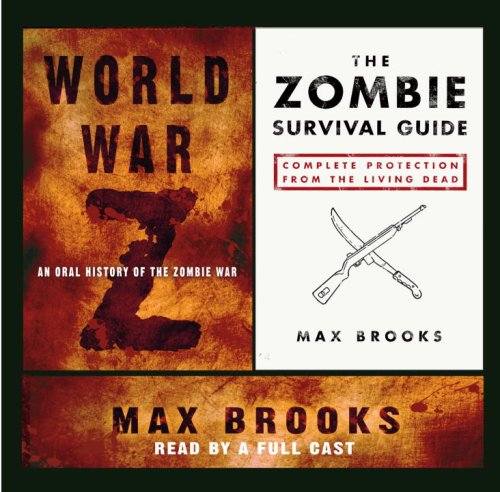 Outsmart the undead with this exclusive collection featuring Max Brooks' World War Z and The Zombie Survival Guide (Unabridged). For a limited time only, until September 25, 2006, you get these two audiobooks for the price of one!

World War Z: An Oral History of the Zombie War
The Zombie War came unthinkably close to eradicating humanity. Max Brooks, driven by the urgency of preserving the acid-etched first-hand experiences of the survivors from those apocalyptic years, traveled across the United States of America and throughout the world, from decimated cities that once teemed with upwards of 30 million souls, to the most remote and inhospitable areas of the planet.

The Zombie Survival Guide: Complete Protection from the Living Dead (Unabridged)
The Zombie Survival Guide is your key to survival against the hordes of undead who may be stalking you right now. Exhaustively comprehensive, this book covers everything you need to know, including how to understand zombie physiology and behavior, the most effective defense tactics and weaponry, ways to outfit your home for a long siege, and how to survive and adapt in any territory or terrain.