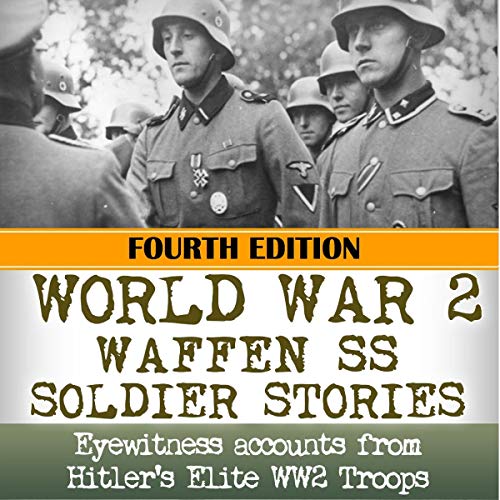 Evil or Desperate? The Secrets of the SS Waffen Soldiers.

The Nazi Germany regime was brutal and inhumane. The atrocities that were committed by the Nazis will remain a shameful chapter in history for possibly centuries to come. This book takes a look at the SS Waffen, Hitler’s elite forces.

Beginning with a coup at the start of the war, the elite SS Waffen came to be known as the best and the most brutal. While it had its start with pure German forces, the Waffen later accepted those from other sympathetic countries. These are some of their stories.

There is the story of a Belgium soldier that started a revolution in his home country and later joined the Nazi ranks. He continued to recruit for their cause while leading troops. Starting as a low man in the trenches, he worked his way to be a trusted leader. Listen to his story of narrowly escaping the Soviet Union and his attempt to save the lives of others.

Then there is the story of a disgruntled Austrian that was itching to fight for Germany. After his home state changed to Italian soil, he served his time with the Italian army before journeying to Germany. He is known as the King of Close Combat for his time on the battlefield. He has a record of 84 close combat encounters. This is not days but separate battles in which hand to hand combat was needed. What would drive a man to risk his life so many times?