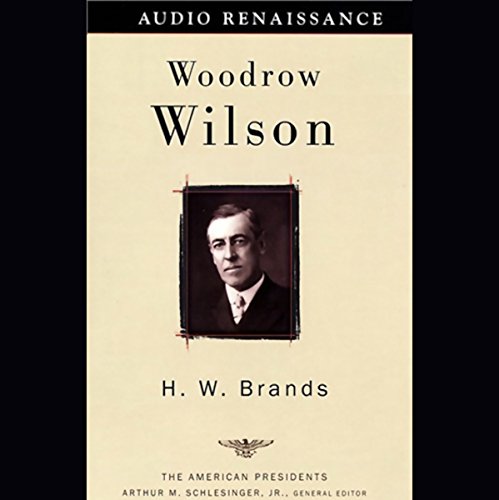 On the eve of his inauguration as President, Woodrow Wilson commented, "It would be the irony of fate if my administration had to deal chiefly with foreign affairs." As America was drawn into the Great War in Europe, Wilson used his scholarship, his principles, and the political savvy of his advisers to overcome his ignorance of world affairs and lead the country out of isolationism. The product of his efforts — his vision of the United States as a nation uniquely suited for moral leadership by virtue of its democratic tradition — is a view of foreign policy that is still in place today.

Acclaimed historian and Pulitzer Prize finalist H. W. Brands offers a clear, well-informed, and timely account of Wilson's unusual route to the White House, his campaign against corporate interests, his struggles with rivals at home and allies abroad, and his decline in popularity and health following the rejection by Congress of his League of Nations. Wilson emerges as a fascinating man of great oratorical power, depth of thought, and purity of intention.

"A worthy overview." ( Kirkus Reviews)
"Brands ably underscores Wilson's ultimate success through his eloquence and his ideas in steering thought about foreign affairs toward a liberal alternative to real politick." ( Booklist)

The author tells a lot about constraints which led to a change in AmericaŽs foreign politics at the beginning of the 20th century. He describes the development of Wilson from a scholar to a politician, and from a politician interested in domestic affairs only into the spiritual founder of the idea of a League of Nations. A lot of information about Wilsons private life help to understand some of the political developments. Wilson as a brillint rhetorician who convinced people to follow his ideas. The book lacks information on Wilsons attitude towards immigrants and African Americans.
The book provides useful information about worldwide politics at the beginning of the 20th century.