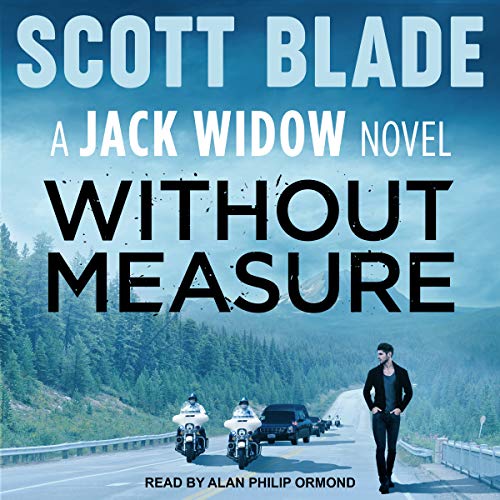 The fourth audiobook in the best-selling Jack Widow series.

Hitchhiking all night. No sleep. Jack Widow stops in a diner in a California mountain town. The town of Hamber has only two industries left: a small-arms manufacturer and a forgotten Marine base.

Wanting to drink coffee in peace, Widow's cop senses warn him about a man seated at another booth. The man is Arabic, Islamic, and a decorate Marine officer. But there's something else. Something off. Something troubling.

After a failed attempt to talk, Widow departs to find a motel bed and sleep. But his head never makes the pillow because the local MPs show up, nearly banging down his door. Turns out, after Widow sat with him, the Marine returned to base and shot five people dead before killing himself. Witnesses saw Widow with him. Now, the MPs want to know why a decorated Marine committed mass murder moments after speaking to Widow.

The locals want to blame radical Islam. The politicians want to blame gun culture. The media only care about the headlines. The White House wants nothing to do with it.