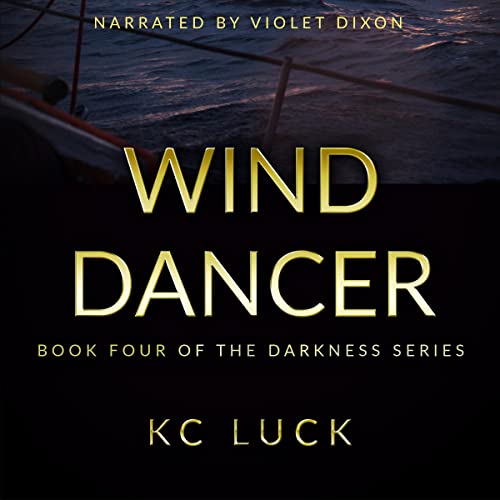 If the lights go out forever, can love survive?

Darkness still prevails throughout the world, but Astoria's Chief of Police Taylor Barnes has everything under control. There is only one more thing she wants to do: marry the always challenging Jackie Scott. Unfortunately, the universe seems to be conspiring against her when a caravan of travelers - led by a sexy and mysterious woman named Rosella Cane - arrives and pirates start attacking cities along the Oregon coast.

Facing the threat of pirates, Major Grace Hamilton must call on the help of the Wind Dancer to chase them down. As much as she hates putting the ship and crew in danger, the outlaws must be brought to justice. The other obstacle is working with the ship’s fiery captain, Meg O’Grady. Close friends but nothing more, Grace longs for a time she can confess her love and won't, because she knows she will never be enough to make Meg happy.

Doing whatever it takes to get by in the aftermath of the catastrophic solar storm responsible for knocking out power around the globe, Cyd Elliott survives by keeping her life simple. It is not an easy task in the ravaged metropolis of San Francisco, but her needs are few until she hears a scream in the distance.

Naomi Andrews was the ‘"It" girl. Hollywood could not get enough of her, and the movie she starred in was a blockbuster. Everything had been perfect in her life until that night in April, when all the lights went out and stayed out. Trapped in San Francisco for months, Naomi can’t "take life" anymore - but when she goes to the Golden Gate Bridge to jump off, she meets someone who changes her mind.

If you like a story with romance and adventure, mixed with conflict and heroism, then you will love KC Luck’s pause-resisting new book. This is a full-length novel that can be heard as a stand-alone book. However, it is closely tied to the previous three stories Darkness Falls, Darkness Remains, and Darkness United. These books have an end-of-the-world/dystopian theme but are significantly more focused on strong female characters in loving and sapphic relationships.