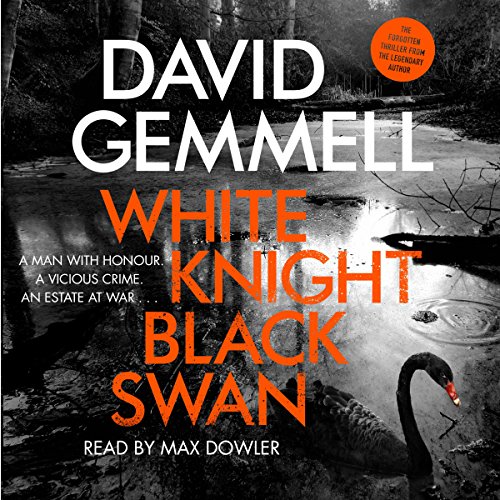 David Gemmell was the UK's number one fantasy and historical novelist until his death in 2006. A regular Sunday Times best seller and international sensation, his legacy lives on through his novels, his influence on the genre and the David Gemmell Legend awards.

White Knight/Black Swan was David Gemmell's crime thriller debut, first published under a pseudonym in 1993 and long out of print and highly sought after by fans. Reedited and republished under his own name, it's a must-listen for fans of his heroic and powerful style.

In an action-filled story set in working-class London in the 1980s, Jardine is a bouncer and gang enforcer with a heart of gold. To protect a friend, he goes up against an Irishman demanding protection money - only to realise too late that they work for the same employer. One act of kindness will lead to murder, betrayal, blackmail and some long-hidden secrets....