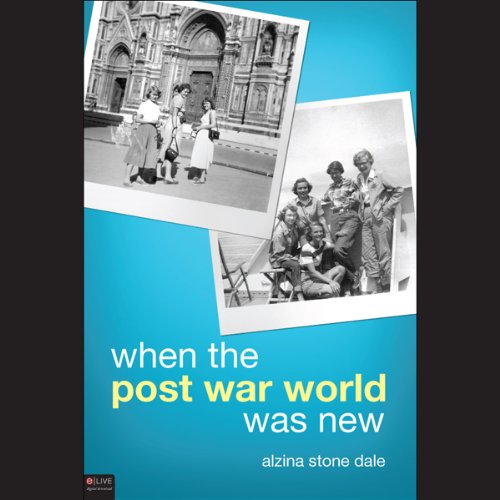 When she graduated from Swarthmore College in 1952 Mary Alzina Stone, known then by her nickname 'Maryal' did not know what she wanted to do next. While she thought about her options, like some of her classmates she volunteered to go overseas with the Quakers to help rebuild war-torn Europe. She found herself at a Finnish work camp on the Arctic Circle where she helped clear wooded fields for farms with volunteers from all over Europe. When work camp ended, she met some of her college friends to backpack through Western Europe, ending up in London where she stayed several months exploring the city before sailing for home.

Years later, a published author, wife, and mother, Dale has made use of her trip diary and letters home to write up her experiences. Her book includes her diary entries and correspondence with family and friends describing her reactions to Europe's history and beauty as well as the adventures young Americans had backpacking across Europe. Dale's travels will make the reader want to book passage on the first flight abroad to retrace her footsteps in When the Postwar World Was New.