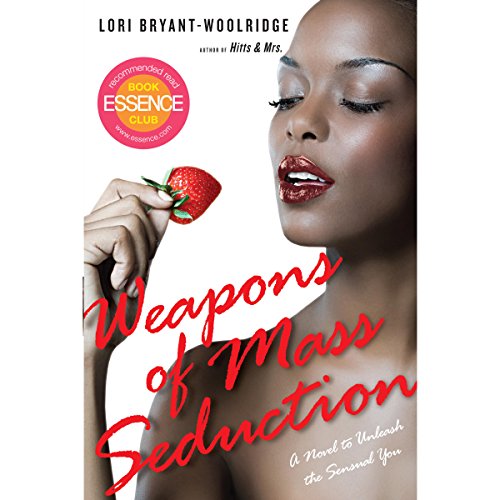 Fortysomething and still single, music-video exec Pia Jamison has given up her grandiose ideas on men and marriage - but not motherhood. Her biological clock is on red alert, but after years of self-imposed celibacy she has no clue how to attract the man she needs to get the baby she wants.

Help comes in the form of Pias savvy assistant, who tricks her boss into attending, under the guise of a business conference, a flirting workshop called Weapons of Mass Seduction. There Pia meets other women looking to amp up their amorous arsenals, including the devastated Texas belle Florence Chase, who's trying to save her failing marriage; and Rebecca Vossel, a 22-year-old small-town biracial girl who's dying to release her inner diva.

What they learn about the art of sensuality and flirtation turns them into bona fide bombshells.

The three return home, armed and deliciously dangerous, to spectacular results. Florence reunites with her husband, but the new and improved Flo must now determine if shes staying in her marriage out of happiness or habit. The plain Jane Rebecca has transformed herself into the super-sexed "Becca" but will she realize when she's gone to far? And Pia is happily pregnant but unexpectedly falls in love - not with the father of her unborn child but with a sexy and very conservative candidate for the U.S. Senate.

Weapons of Mass Seduction is a fun and sexy book (think of it as a flirting workshop within a novel) that promises to unleash the sensual woman in you!