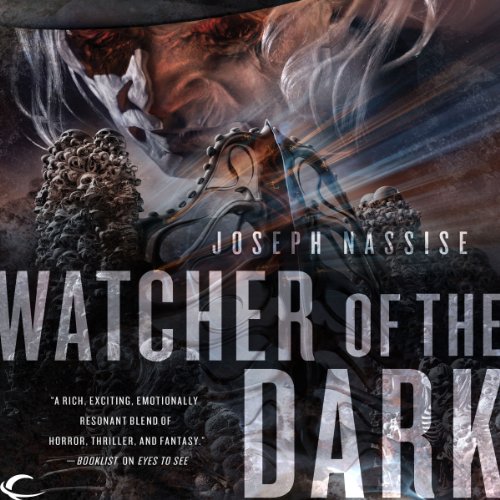 Watcher of the Dark

New Orleans was nearly the death of Jeremiah Hunt, between a too-close brush with the FBI and a chilling, soul-searing journey through the realm of the dead that culminated with a do-or-die confrontation with Death himself. But now Hunt is back and on the run in Watcher of the Dark. But when he performs an arcane ritual to reclaim the soul of the magically gifted, beautiful woman who once saved him, he must flee the law once again, to Los Angeles, city of angels, a temporary sanctuary. In L.A., he has to contend with Carlos Fuentes, who sees in Hunt a means to obtain the mystical key that would open the gates of Hell. Fuentes knows Hunt's weakness - his loyalty to the woman he loves, and to another "gifted" friend - and uses the real threat of torturing them as a way to get Hunt to help complete his dread quest. Hunt has learned a lot since his life was irrevocably hijacked by fate months ago. But when his friends are threatened by the supernatural predator known as the Preacher, Hunt knows that all his new-found experience and ability will go for naught unless he can keep both the Preacher and Fuentes at bay long enough for him to somehow find a way to free his friends from mortal peril.