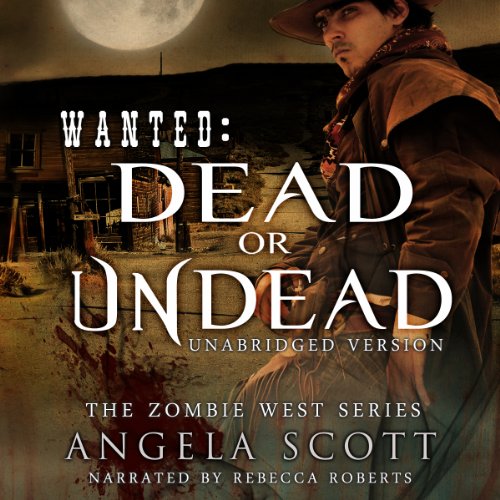 Trace Monroe doesn't believe in luck. He never has. But when a fiery-headed cowgirl saunters through the saloon doors, wielding shotguns and a know-how for killing the living dead, he believes he just may be the luckiest man alive.

Trace wants to join Red's posse, but she prefers to work alone - less messy that way. In order to become her traveling companion, Trace has to agree to her terms: no names, no questions, and if he gets bit, he can't beg for mercy when she severs his brain stem.

He agrees, knowing only that Red is the sharpest shooter he's ever encountered. The fact she's stunning hasn't escaped his attention either.

What he doesn't know, is that Red has a very good reason to be on top of her game. She not only has the answer for how they can all outlive the plague taking over the wild, wild west, she IS the answer.