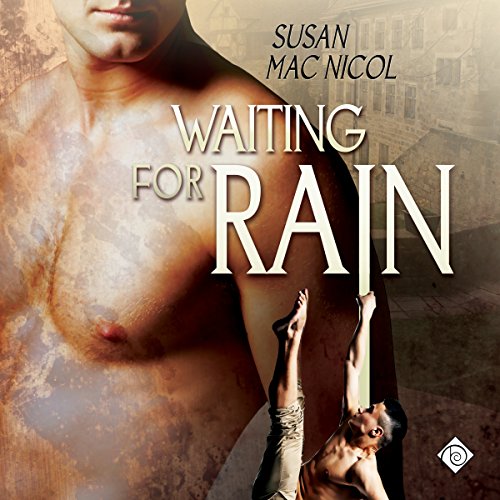 The village of Stamford, the quintessential chocolate-box English scene, seemed an impossible dream for foster kid Toby Prentiss. Now he's found a home among the haystacks and village fairs as the general manager for the Duck and Drake Hotel. With the fears and demons from his youth hidden away in this bucolic oasis, he's very protective of who he lets in. Until he stumbles across shirtless carpenter Rain Engel building the hotel's new custom-designed bar.

Working in the countryside, Rain prepared to face his biggest fear: sheep. He didn't expect to deal with his second biggest fear: commitment. Toby's controlled tough-guy façade coupled with his "find happiness where you can" optimism calls to Rain like nothing before. While Rain may be an exhibitionist, his romantic history forces him to hold his emotions close. As their relationship develops, secrets from their pasts drive a wedge between them: the ex-boyfriend who tore apart Rain's trust and Toby's history with the law. But can the secrets hiding among the quirky villagers bring them together? With missing sheep, pole dancing at the winter festival, and a crippling drought, everyone is waiting for Rain.

A bit overcrowded story but hot and entertaining

As an audiobook addict I’m always happy for new audiobooks – especially those I haven’t already read in print before. I knew the author from two other books, one I really liked and the other one was good but not a good fit for me. So I was kind of curious about this one.

Let’s talk about the narration first: It was okay for me. I liked the narrator for Toby’s voice. Rain was spoken with a slight accent, which sounded a bit odd sometimes. I have to admit I have no idea if it fits a South African Accent, it also could have been Scottish to me  - but I’m German and what do I know. But the tempo and the accentuations did work for me mostly. Matthew Lloyd Davies is definitely on the list of narrators I can listen to.

The book itself was somehow in between really good and okay. I liked the MCs, they were not perfect, acted sometimes very human. Unfortunately they also acted sometimes just a bit too stupid…..I’m looking at both, Toby and Rain here…
But there was a lot of stuff going on and sometimes it just felt crowded: A boss in love, both MCs having hang-ups over experiences in the past, sheep thief (and sheep phobia), gay bashing, missing father, etc.
The good chemistry Toby and Rain had going on suffered a bit because of this.
Thus said, the sex is hot, the two are good as a couple after a few hitches. Rain delivers the additional bonus of being a talented pole dancer. I also liked how most of the time they worked on the relationship. They were not stereotyped book characters but had their quirks and little human faults.
And did I mention that the sex was hot? Ups, sorry, I did.
Of the side characters I especially liked Lucas, who didn’t sit on his opinion from time to time.
What I didn’t like were some stupid moves like Toby’s not telling anybody about the harrasment, Toby getting a bit too emotional towards the end of the book, he cried a few times, and Rain letting his former boyfriend kiss him. Sorry, but this was the fifth book in a row with a kiss to be misunderstood – I’m so over this.

All together I enjoyed listening to it. It won’t make its way to my all-time favorites but it’s also a book I can imagine listening to a second time.