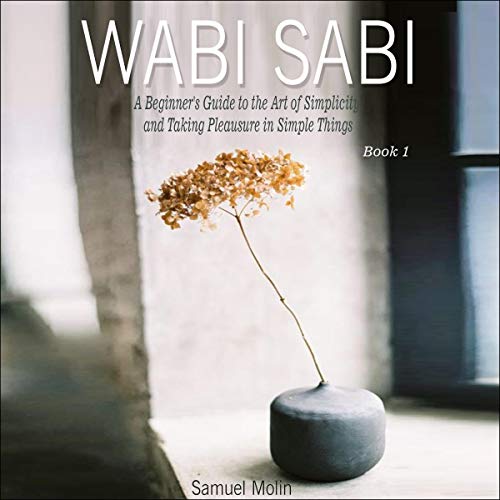 Wabi Sabi: A Beginner's Guide to the Art of Simplicity and Taking Pleasure in Simple Things. Book 1

Wabi Sabi: A Beginner's Guide to the Art of Simplicity and Taking Pleasure in Simple Things. Book 1

Wabi-sabi is a stylistic concept and theory that is best understood in terms of the Zen tradition that, over the last thousand years, has nurtured and shaped its creation. Zen attempts artistic expression in ways as pure and sacred as the Zen teachings they manifest; it rejects intellectualism and pretense and instead strives to uncover and picture the simplicity created by nature's flows.

Wabi-sabi represents the cosmic Zen nihilist view and seeks beauty in the flaws found as all things evolve from nothing in a constant state of flux, and return to nothingness. Within this never-ending movement, nature leaves for us to contemplate arbitrary tracks, and it is these random flaws and irregularities that offer a model for the modest and humble expression of elegance in wabi-sabi.

Wabi-sabi is an acknowledgment of the defects which form an integral part of nature.

In this book, get ready to learn about: