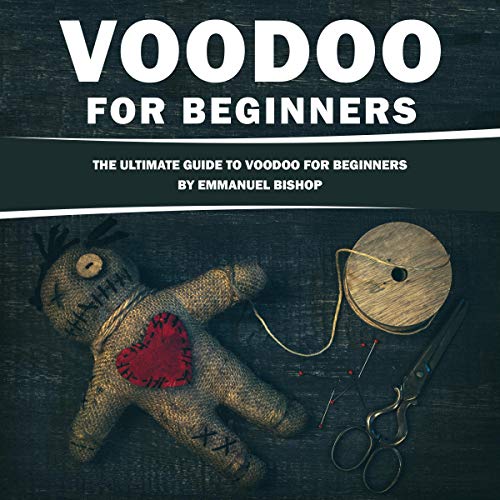 Is voodoo dark magic? Was voodoo responsible for the first (and only) successful slave rebellion in history? Is fear of voodoo justified.

In 1791, during the course of an infamous secret ceremony known as Bois Caiman on the island of Haiti, in the dark of night, Voodoo priests invoked their emissary Loa to aid them overthrowing the brutal rule of their barbaric French plantation owners. What happened next was nothing short of miraculous: The powerful French army was defeated in a vicious, prolonged slaughter. Both the French and the newly-freed slaves credited the potent power of the Loa, the invisible spirits who rode mute along with the rebels on horseback, slaying all in their way with ruthless ferocity.

In this book, you will learn:

Voodoo means “spirit,” and followers of Voodoo believe the world is populated with the dead, who attend births and follow the living through the day, watching, and praying for them.

The concept of zombies is derived from the religion’s beliefs.

Voodoo is a religion, not a cult, and it has integrated the Roman Catholic saints; along with their emissaries, the Loa, help to improve the health and the health of its believers and loved ones. Some Loa are summoned for beauty, love, virility, protection, or punishment.