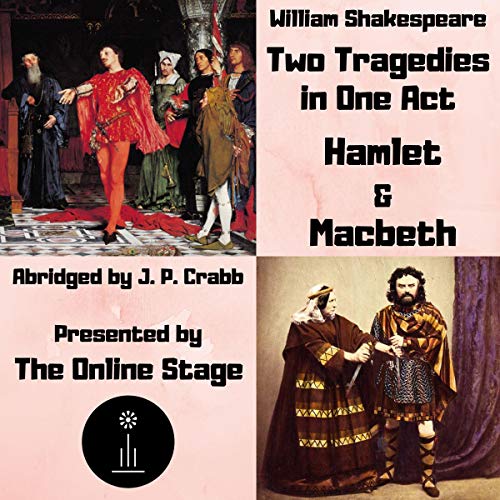 Two Tragedies in One Act

Two tragedies in one act by William Shakespeare. Edited and condensed by J.P. Crabb. Presented by The Online Stage.

Hamlet and Macbeth are two of Shakespeare's best-known plays and contain some of the most famous speeches in world literature. These one-act versions of the plays, which were edited by J.P. Crabb, the details of whose life and other works have disappeared into obscurity, retain the significant monologues and dialogues while presenting a streamlined view of the action.