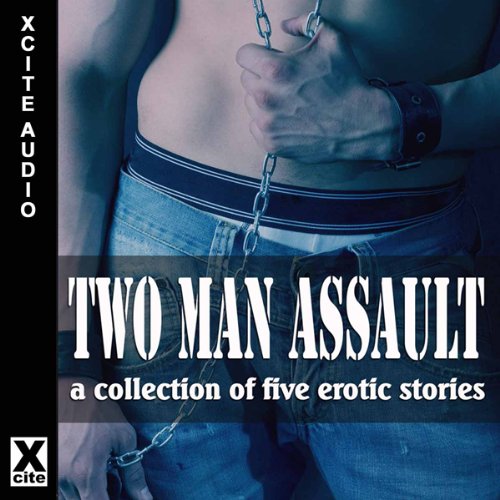 Two Man Assault by Landon Dixon: World War I. The Western Front. Two soldiers go over the top. One keeps running, through enemy lines and beyond, shedding his weapons of war. While the other follows close behind, watching and lusting. They capture more enemy ground than the entire 1st Army’s taken in four years of fighting. And then they capture each other, celebrating their temporary personal victory in the comradeliest manner possible.

Ladies Man by Jade Taylor: When Aidan asks Nate to stay late at work he wonders why he’s been asked, but as Aidan is tall, dark and Italian looking he doesn’t exactly mind. When Aidan offers him a beer and seems to be flirting Nate’s confused; Aidan’s always seemed such a ladies’ man. But could he be wrong? There’s only one way to find out….

A Date with the Popo Bawa by G R Richards: In rural villages across Zanzibar, the Popo Bawa is the most feared of all creatures. He is known to paralyse dreamers and sodomize them as they sleep. When Gus sets out to investigate the case, he’s certain it’s nothing more than sleep paralysis coupled with some sort of shared cultural nightmare. But, as he and his Swahili translator, Ayize, talk to more and more victims, the Popo Bawa becomes so real Gus he decides he must capture it to save the villagers from further brutality. He doesn’t mind taking one for the team. But how will Gus react when it turns out the Popo Bawa has been right in front of him throughout the entire investigation?

Male Secretaries by Richard Allcock: Ray knows that finding a good secretary isn’t easy so when Brad comes along he wants to do everything in his power to keep him. He has a feeling Brad’s gay, not that it makes any difference to him getting the job, his qualifications are impeccable. One day he notices Brad has a sore neck so he offers to massage it, but the massage turns into much more than either of them bargains for.

Driven To It by Elizabeth Coldwell: Even the best brief in the business can’t help star striker, Jordan Kennedy, escape a driving ban. Needing a ride to the training ground, he hires cute chauffeur, Callum, to ferry him around. Their relationship gets off to a frosty start, and it doesn’t help that Jordan’s fighting a fierce attraction to Callum, taboo in the closeted world of football. But an unexpected detour on a stormy day brings their mutual lust out into the open.