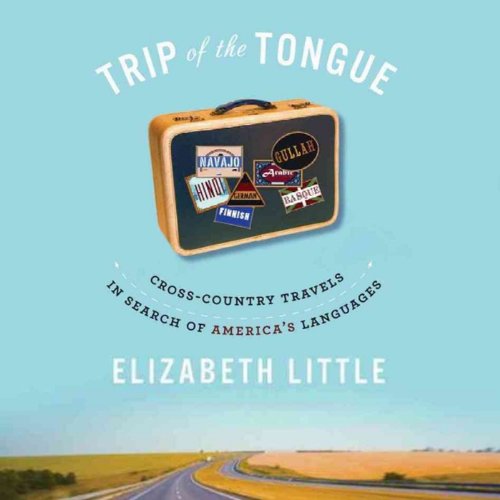 Trip of the Tongue

Though we're known as a nation of English speakers, the linguistic map of the United States is hardly monochromatic. While much ado has been made about the role that Spanish may play in our national future, it would be a gross misrepresentation to label America a bilingual country. On the contrary, our languages are as varied as our origins. There is Basque in Nevada, Arabic in Detroit, Gullah in South Carolina. We speak European, Asian, and American Indian languages; we speak creoles, jargons, and pidgins.

As a resident of Queens - among the most ethnically, culturally, and linguistically diverse places on the planet - Elizabeth Little first began to wonder how this host of tongues had shaped the American experience. It was only a matter of time before she decided to take her questions on the road.

In Trip of the Tongue, Little explores our nation's many cultures and languages in search of what they say about who we are individually, socially, and politically. This book is both a celebration of American multiculturalism and a reflection on what we value, what we fight for, and what we allow ourselves to forget. Elizabeth Little is a witty and endearing tour guide for this memorable and original trip.