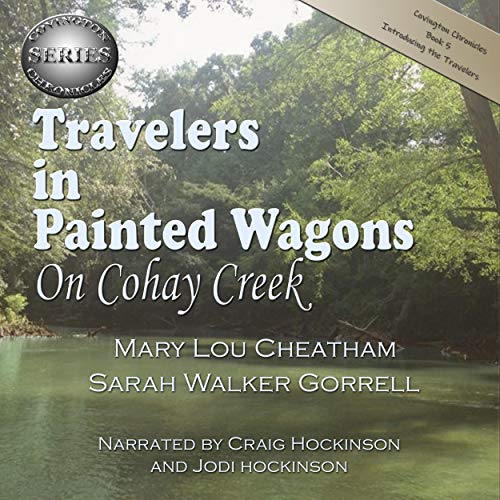 Travelers is the story of Trudy's friend Jeremy Smitherlin as he finds himself functioning as the adult in his home because his parents have emotional and physical illnesses. Jeremy first appeared in The Dream Bucket as the slimy boy who dipped Trudy Cameron's braids into his ink well.

He struggles to be perfect so he can win approval. The more he tries to do the right things, the more he irritates Caleb, his papa. Jeremy wants his mother to live, but she moves closer to death. Travelers settle on Cohay Creek, which runs through Caleb's farm. The captain of the Travelers becomes a friend.

Although Jeremy would like to live an innocent, carefree life, evil adults slam him into a grown-up world. He learns about gunfights, adultery, drunkenness, physical abuse, and sarcasm.

Sometimes, despite all his problems, Jeremy has adventures that are fun, such as snacking on a candy bar and soda at a store in Soso or wading in the ice-cold near the Spillway at Gitano, Mississippi.