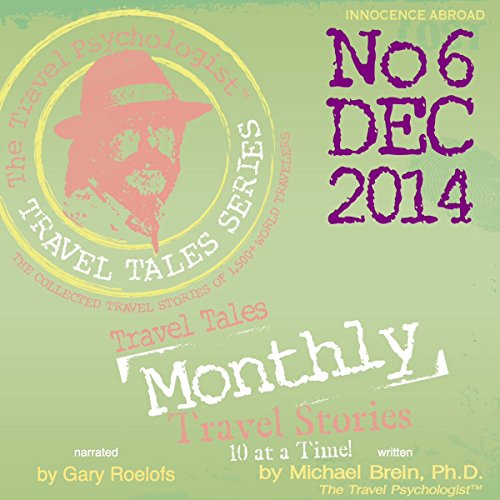 Tales such as "Snake Wine", "The Full Moon Party", and "Magical, Mystical Marrakesh" illustrate how travelers wander the world to experiment or explore by ingesting, injecting, imbibing, chewing, eating, snorting, and smoking a variety of drugs, substances, plants, and even "medications" in order to morph from the normal, oft boring, mundane, ordinary, conscious waking state into the brainless or the superconscious in an attempt to achieve various mental states of being that range somewhere betwixt and between the mindless and the mindful.

It is one thing to dabble in a limited way with substances at home; it's another matter altogether to venture into a vast world of the exotic--a world that is a veritable candy store of magical, mystical drugs and substances that are there simply for the taking.

Some travelers are lured to the hypothetical, mysterious, so-called blue pill or red pill. Not only can they choose one of these pills to satisfy their exploring, their inquisitiveness, their mental journeys piled on top of their physical travel journeys; they can choose both as well as a panoply of other substances.

But what are the consequences of doing drugs and substances in a foreign land? In one of our featured stories this month, "Snake Wine", our traveler toys dangerously with drinking, willy-nilly, a concoction of blood and venom of a deadly poisonous snake in a Taiwan night market.